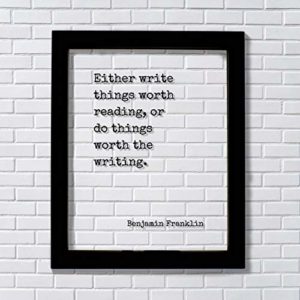 An all-new + easy-to-read feature on the Philly Urban Living blog, “3 Things Worth Reading” provides curated articles/stories that I think my readers would enjoy, as it’s what I have recently enjoyed reading.

And hey, isn’t that why we’re all here?

1. Is this the start of a business community in Philadelphia’s Stadium District? It would make sense; hello, burgeoning South Philly neighborhoods, Broad Street Line, 76, & 95.

3. Here’s a little slice of nature in the neighborhood that I call home.

That’s all for now, look out for the next batch!

An all-new + easy-to-read feature on the Philly Urban Living blog, “3 Things Worth Reading” provides curated articles/stories that I think my readers would enjoy, as it’s what I have recently enjoyed reading.

And hey, isn’t that why we’re all here?

1. Our talent pool and storied history are just a few of the reasons why local business leaders keep their company HQs in Philadelphia.

2. Have you heard, the new Comcast Technology Center (formerly known as the “Comcast Innovation + Technology Center”) is now up-and-running, and here are some cool things I just learned about the building.

3. Last but not least, I just learned more about “Worker Co-Ops” and why they are doing well in Philadelphia.

That’s all for now, look out for the next batch! 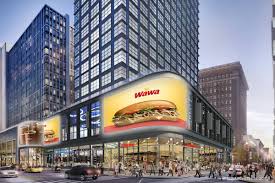 It’s been a while, as Copper Hill has been growing, but blogging is a passion of mine and something I truly love to do; so I hope you didn’t think I was just going to stop. Good, because I’m not. It’s now time to sit back, relax, and enjoy another post from your local PUL blogsmith.

As you can see from the first two words in the title, “Market East” is what I’ll be focusing on today. Not only has this topic been on trend in the local Philadelphia media scene, but I have written about Market East many times in the past as well; here, here, here, here, and uh, here. So feel free to catch up on some of my posts from years past, and see if some of my opinions/predictions came true.

A huuuge mixed-use development, a deluxe/urban movie theater, and what is now being called “Fashion District Philadelphia,” are all starting to come together and form a brand new neighborhood along one of Philadelphia’s oldest commercial stretches.

The main focus for Market East these days is the remaking/reinventing of The Gallery; more past posts on The Gallery, here and here. A few different concepts and names were thrown out over the past few years, but the new/official/decided-upon name for The Gallery of old will be Fashion District Philadelphia.

My opinion, it has a nice ring to it.

Since The Gallery was a monstrosity of an urban mall, PREIT has their hands full in finding enough tenants to fill the new Center City space; but word has it that things are going better than most probably think. Here are some of the brands being named: H&M, Columbia Sportswear, and a sweet AMC theater round out the top picks. Their goal is to also have plenty of spots to eat and drink, as restaurants and fast-casual/quick-eat spots seem to dominate the malls (sorry, lifestyle centers) of today.

Once I know more about the grub scene, I’ll share it.

– East Market (not to be confused with Market East)

East Market is a smart project, and has been well orchestrated on a stretch of Center City terrain that has not seen much relevant action for decades. Not only does the overall plan make good use of space, being a dense urban/mixed-use development, but they brought in a great mix of tenants for a suburban-esque vibe (e.g. MOM’s Organic Market, Wawa, etc). Hey, when you live and spend most of your time in a city, sometimes it’s nice to have some suburban flavor.

There will also be about 1,000 new Philadelphians in the East Market residential towers, which will then provide plenty of foot traffic for the businesses below. Not to mention the fact that the Market East corridor is smack dab in the middle between Philadelphia’s most touristy area (Old City) and Philadelphia’s most businessy area (Market West). That also means everything East Market has to offer will be within a quick walk, bike, or Uber/Lyft ride of many Center City residents, workers, and those visiting our fair city (including those from Minnesota; sorry, had to).

Let’s not forget that City Fitness, as well as Iron Hill, will be opening up spots here too. Cheers, everyone!

The aforementioned headquarters will belong to Five Below, one of Philadelphia’s youngest corporate giants. They chose the Lit Brothers building for their large workforce, and followed the logic of Aramark by centralizing their business in a cool, low-rise building, as opposed to the traditional high-rise building of corporations’ years past.

The next phase of Market East is already upon us, as even more development to support the current mixed-use mantra has been loosely discussed. Plans have surfaced on adding floors to the Lit Brothers building, as well as preliminary discussions on Fashion District Philadelphia adding a residential component. Both are precursory, but have been mentioned nonetheless.

Lastly, an office/retail building has been thrown into the mix, which is not the norm for new high-rises in Philadelphia today. Most of the time, they’re for apartments, condos, or hotels. Let’s see where that one lands as well.

Well, not a bad start to 2018, if I do say so myself. More posts to come on the all new-ish TimothyGarrity.com.

One of the original, Philadelphia-focused real estate blogs. The "Philly Urban Living" blog was created by Tim in 2010 due to a lack of local Philadelphia real estate content online. Its purpose has always been to provide professional insight on Greater Philadelphia's real estate, development, and social/cultural scenes.